Leo Aerts, the designer
Thirty years after his coffee table design for B&B Italia, interior architect and driving force behind Alinea, Leo Aerts still designs functional objects and furniture with strong clear lines and an aesthetic appearance. In 1987, the Meta coffee table became a huge success for B&B Italia and Leo Aerts decided to pay more attention to furniture design in addition to his interior architecture projects. Designing has become part of his lifestyle. He swears by soberly designed, functional and timeless designs that can be passed on from generation to generation. Neither Leo nor his designs are easy to categorize. The common thread? Sustainable, characterful materials. According to Leo, quality must always take precedence over quantity. Long before sustainability, cradle to cradle, recycling and the circular economy were involved, all these aspects were already integrated into his design philosophy and designs. His designs have won numerous national and international awards, including the coveted German Red Dot Design Award, German Design Award, Good Design Award in Chicago and AZ Award in Toronto.

Alinea Design Objects, the brand
The Ziggy vase was the start of Alinea Design Objects in 1995, the label with which the designs of Leo Aerts are promoted and sold through distributors at home and abroad. Ziggy became a huge success with more than 15.000 units sold! The UFO servingset and champagne cooler / flowervase Zubazuba followed shortly thereafter. You will find the Visible showcase far beyond Europe. This collection is now being expanded with Angelo M, a collection of round and oval tables in various marble types and finishes. With this, Leo Aerts once again shows himself as a versatile designer who has mastered his craft to perfection. An interesting addition to the Alinea Design Objects collection. 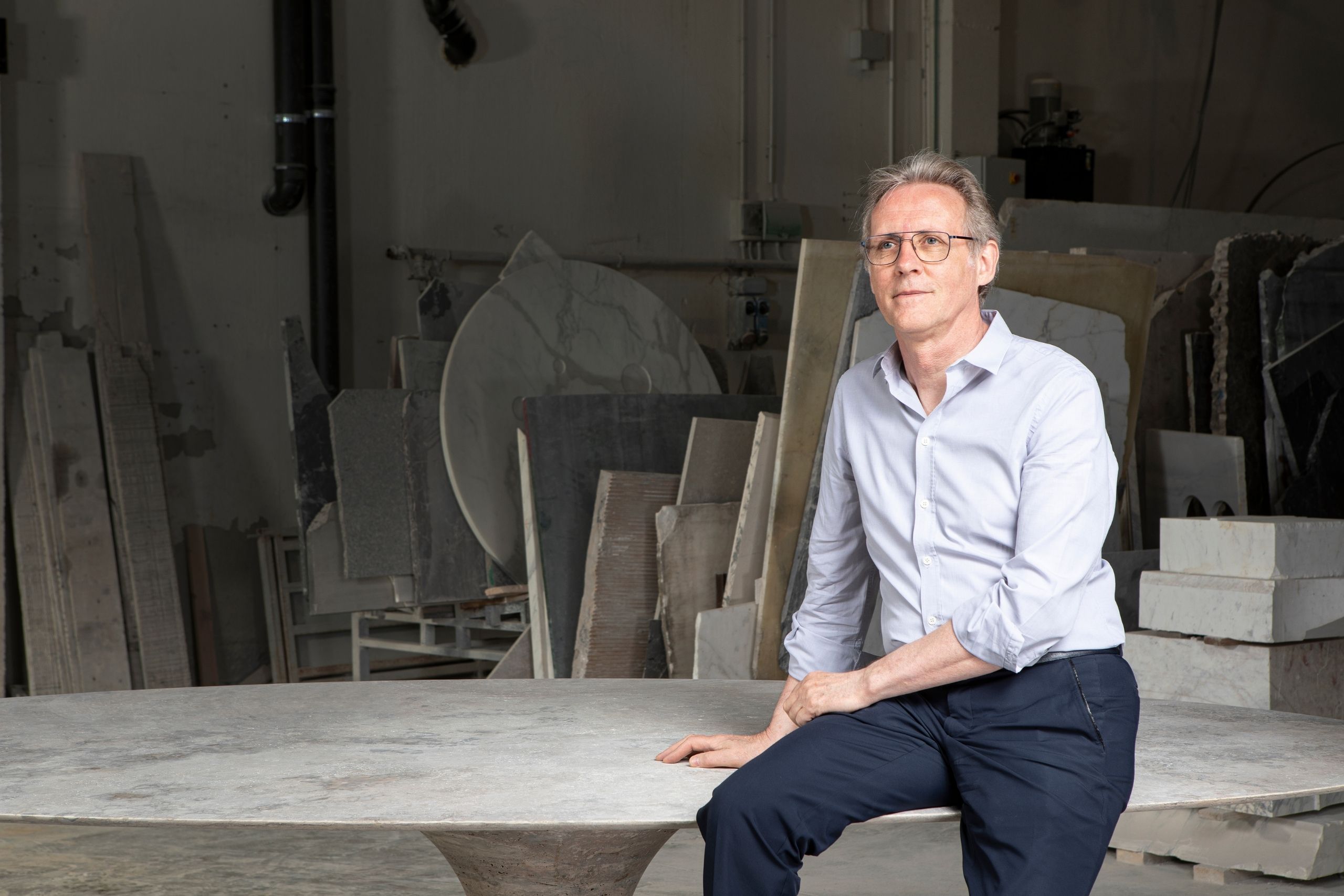